Netball actually evolved from Basketball and began in the 19th Century. It is a game with two teams of seven players. Netball games are played on a rectangular court with two tall hoops for scoring goals on either side. Goals are scored by passing the ball down the court and getting it through the hoops at each end. Each player is restricted to a certain area of the court and assigned a certain position with different functions within the team. A player with the ball is allowed to hold on to it for three seconds before attempting to shoot a goal or pass to another player. The winning team is the one which scores the most goals in the 60 minute game duration.

Netball is a favourite game to be played at schools, mainly by woman. It is a great opportunity to make friends in a fun and active environment, with the benefits of getting fit. 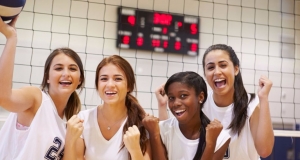 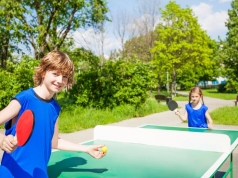