Skateboarding is a sport and a hobby where you use a board with wheels to perform tricks and for transportation. Skate parks are the best place to start skateboarding and they were started in the 1970’s specifically to accommodate the needs of skaters.

Skateboarding is a very popular activity among young males and is usually a social sports activity.In the beginning, skateboards were made out of boards with roller skate wheels attached to the bottom. Skateboarding started off as a barefoot activity but now there are many different types of skateboarding shoes you can buy which are designed to help with tricks and board handling. There is also an artistic side to skateboarding, with skateboard deck art quite popular and also collectable amongst skateboard enthusiasts. Many shopping centres and recreational facilities now have skate parks to provide a place for young people to gather in a sociable, active and friendly environment.

There are some funs and interesting skateboarding facts that you may not ever know before. The first skateboard was introduced in 1950 and it was an instant hit. However, it featured a handle bar just like scooters do today. It took several years before they were made without this part of it to have the basic style that we are familiar with today.

It may surprise you to learn that more than half of all skateboarders are in California! This is due to many things including the love of surfing there. Skateboarding is quite similar in nature with the exception that one takes place in the water and the other takes place on land. Since the climate is nice year round in California, it is also a sport people can take part in any time of the year. California is also one area that encourages skateboarding rather than making it difficult to enjoy in certain areas.

Nearly 500 skateboarding parks found in the United States. Many of them have just been built within the past 10 years. One reason for the increase is due to the information about how children need to be motivated to exercise more. Since skateboarding is a great form of exercise, these skate parks offer a place to do it. Another reason for them is that many communities want to offer their youth a place to have fun without the use of drugs or alcohol.

Skate parks also don’t produce very much noise pollution which is often a concern when new structures are added to a community. However, they are very expensive to build. On average, it will cost $40 per square foot to build one. Many communities justify it though by saying it keeps youth from engaging in negative behaviors. The cost of the law enforcement, courts, and repairs from those types of behaviors are going to be much more than paying for a skating park.

You probably never realize that skateboarding is in the top 10 sports events around the world? The position for it moves a few spots either direction each year. Right now it sits at #6 which is something to be very proud of when you consider all of the other types of sports that could fill up these top 10 positions.

In fact, skateboarding continues to be one of the fasting growing sports in the United States. Many experts believe this is due to the introduction of the X Games. It is also because there is so much selection out there when it comes to skateboards and the accessories to use.

The body part is most commonly injured when skateboarding are the wrists. Therefore wear wrist guards is very important. Yet this is the one accessory relating to skateboarding safety that most people fail to use. Another fact is that most of these injuries are believed to be the result of someone riding on a skateboard that isn’t designed to hold their amount of body weight. More than 80,000 people are seen by medical professionals annually due to injuries while on a skateboard.

The average age for skateboarding in the United States is 12 years old. The youngest individuals were 2 years of age. The oldest person known to learn how to skateboard was 67 years old! He had always wanted to take part in it but his parents didn’t let him. He decided it was one adventure in life that he definitely wanted to experience.

There are plenty more great skateboarding facts and information out there too. Learning about them is a great way to fully understand this sport. You can also show off for your buddies when they realize just how much you happen to know about this fabulous sport.

Skating Mistakes that you want to Avoid

Skateboarding is a Great way to get your Kids off the...

Skateboarding is an Excellent way to Exercise while having Fun 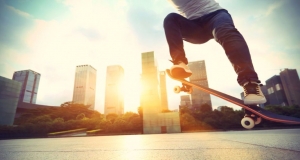 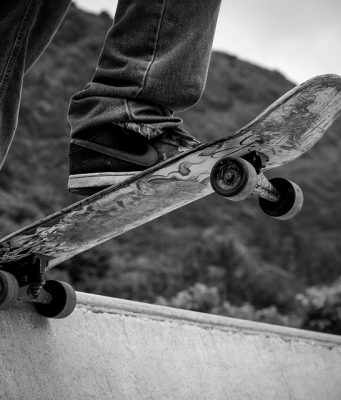 Skating Mistakes that you want to Avoid 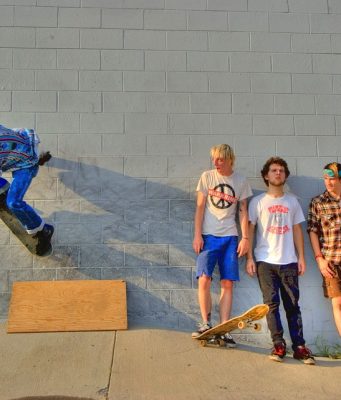 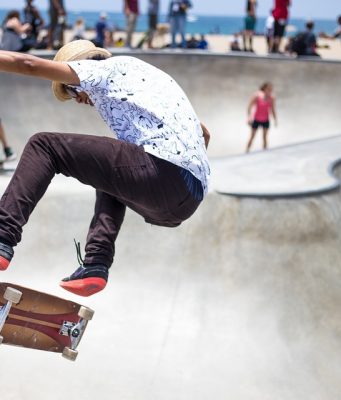 Skateboarding is an Excellent way to Exercise while having Fun