Model building is usually done by purchasing a kit or materials and components to make your desired object. Usually the model you are creating is a small representation of a bigger item, like a model train or plane. If you have a love for the bigger object, you will thoroughly enjoy creating its smaller counterpart. Creating models requires concentration, patience and aesthetic skills.

Architects and engineers will always build their large scale dreams as small models before bringing it into reality. You can create your own models from scratch or you can purchase a kit that is pre-designed. Other modellers use whatever materials will give the best and most realistic look. Special attention is taken to ensure that all the parts are made to scale, as scale is a very important factor. The hobby of model building is great as a family activity and most of the fun comes in when you can play with the end product!

What Makes Toy Model Trains an Exciting Hobby for Many

As little kids, many people have been fascinated by the toy model trains. These trains have even become a very strong addiction to many. Thomas the Train is just one of the many model trains that many small boys have come to love. Some of these boys even have themselves staring at these talking trains. There seems to be something very wonderful about them. And sometimes, these toys have captured their minds even as they grow up into adults.

While Thomas the Train had captured the hearts and minds of boys, model trains have become the addiction of many, including grown-ups. The little boys do not really comprehend what makes these talking trains so wonderful and fantastic as they stare at awe at these toys from their living room. As they grow older, they will later realize that the thing that captured them most is being able to control a very powerful machine.

Many say that men should not play with toys. But for those men who play with model trains, these things are way more than just mere toys. The thought of being able to control something very powerful can be quite enthralling. Even though it may only be 1/87th of its real size, a model train can convey a sense of power and strength.

Many people love the intricacies of model trains. For some, it is a puzzle how trains really work. But for model trains, everything is laid out very simply. Those who take up building model trains as a hobby love the organization that model trains present. They run on only their tracks. Model trains also not mere toys for people engaged in this hobby. These are machines that are quite comparable to the real locomotives.

Most people who build model trains usually have started off with little toy trains that they got for Christmas. Even though they have low quality, these toys are enough to capture the imagination of young boys. These trains are a very great way to introduce kids to the exciting hobby of model trains.

When these boys grow up and they have taken this hobby, they would no longer have these toys. Instead, they would have machines that are very powerful and are made to last much longer. The trains are now called locomotives, and they have much better quality than the plastic toys they have grown up to.

While most model locomotives run on electricity, some ingenious manufacturers have even devised ways to make these little models run on steam. These steam engines offer an authentic feel to the whole train track. Nothing compares to these trains huffing and puffing their way on the track with real steam to keep them going.

While most boys do not grow up to drive a real train, they may be able to complete their lifelong dream with model trains. All the control over the train tracks are on your hands when you would indulge yourself in the very interesting hobby of model trains.
Article source: Expert Articles

Building Model Railway Trains and Scenery can Bring Out the Artist...

G Scale Model Trains and Why it is Perfect for the... 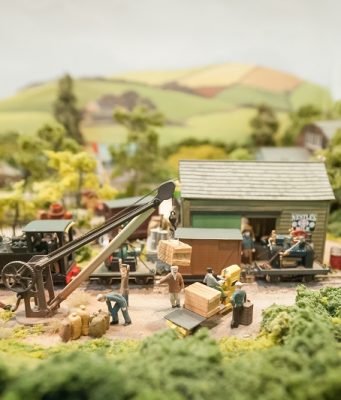 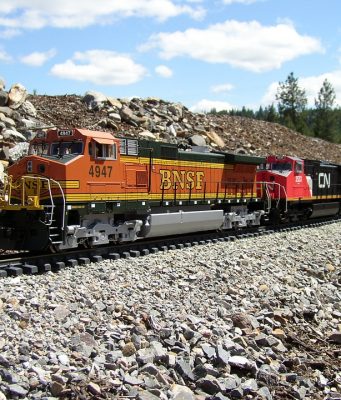 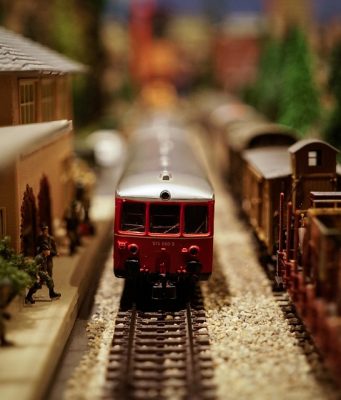