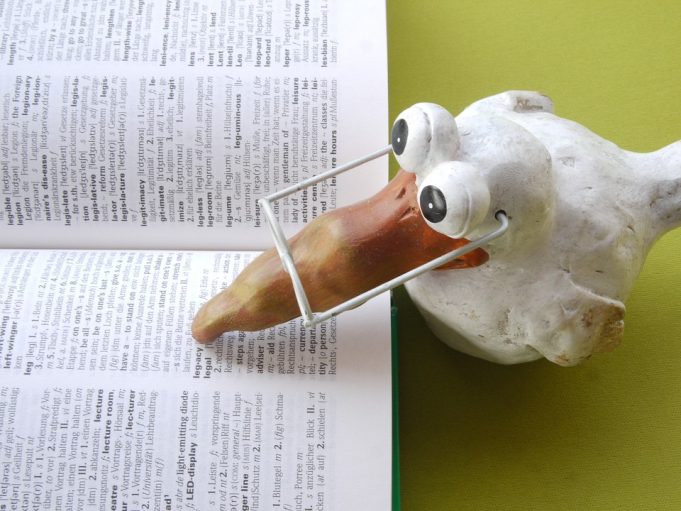 Anyone who has travelled outside his own country is aware of the thrill—and frustration—of dealing with foreign languages.

The thrill comes from the fact that the languages are foreign. When you hear people speaking differently from you, and see newspapers, magazines, posters and other written materials that look different from what you are used to, you know you have actually gone somewhere.

The solution, of course, would be a common language that everyone would understand, everywhere in the world.

Implementing such an idea wouldn’t mean anyone losing his or her native tongue. A Frenchman would still speak French, a German would still speak German, a Chinese would still speak Chinese, etc. However, in addition to their native language, they would also speak “X”, the common language that would allow everyone to communicate with everyone else, no matter where on the planet they might be.

English to a large extent already fulfils this role; however, this has come about by historical accident, not by conscious design. If we really want a worldwide common language, some international body (the United Nations?) would first have to designate it, then diligently work so that everyone on the planet could learn it.

My native language is English; however, I also speak French, used to speak Swahili, and have a working knowledge of Dutch, German, and Spanish. The purpose here is not to promote English as the world’s official common language, but rather to establish some ground rules for selecting such a language.

What makes a language easy to learn?

So, is there an objective way of determining how easy a language would be to learn—for everyone?

This would have to be determined by the concerted efforts of linguists, psychologists, socialists, educationalists, etc. I have no such expertise, but I do have experience. So to get things started, I would like to propose a fundamental criterion for answering this question and see how well English stacks up.

What you don’t have to do is always easier than what you do have to do.

In other words, the less you have to think about in speaking and writing a language, the more rapidly you will learn it and the fewer mistakes you will make.

English scores very well against this criterion, because its basic grammar lacks most of the complexities that characterise many other languages. Here are a few examples.

Many languages, and virtually all European languages, have different classes of nouns, often called “gendered nouns”. For example, in French a noun can be either “masculine” or “feminine”. In German a noun can be either “masculine”, “feminine”, or “neuter”. Swahili in fact has four classes of nouns (no, the fourth one isn’t homosexual!). To speak properly, you must learn the gender of each noun individually, which is not always obvious.

English doesn’t have this problem. English can be considered to have only one class of nouns—all neuter.

Each gendered noun is associated with a gendered article. To speak properly, you must put the correct article with the correct noun. For example, in French “le livre” = the book (masculine), but “la lampe” = the lamp (feminine). It would be quite incorrect to say “la livre” or “le lampe”. In English, the definite article is always “’the”; it never changes.

Likewise, “un livre” = a book (masculine), but “une lampe” = a lamp (feminine). In English, the definite article is always “a”; it also never changes.

Languages with gendered nouns usually have gendered adjectives. To speak properly, you must correctly associate the adjective with the correct noun. For example, “pain frais” = fresh bread, but “viande fraîche” = fresh meat. It would be quite incorrect to say “pain fraîche” or “viande frais”.

In English, adjectives (like nouns) are all neuter and never change, i.e. both “frais” and “fraîche” = fresh

Certain languages consider it insufficient to indicate a plural only once, so they have multiple plurals. For example, “le grand livre” = the big book, but “les grands livres” = the big books. It would be quite incorrect to say “le grand livres”, i.e. without making both the article and the adjective plural as well.

English has neither plural articles nor plural adjectives. “The” is always “the” and “big” is always “big”. They never change.

Many languages have different classes of verbs. Correctly using a verb depends on knowing its class. French, for example, has at least three verb classes, indicated by distinct endings on the infinitive (mang-er = to eat, prend-re = to take, cour-ir = to run). The ending of each individual verb must be learned; otherwise, mistakes are inevitable.

English has only one class of verbs. All infinitives are indicated by “to” (to run, to jump, to sleep, etc.); mistakes are impossible.

In the future tense you would say: I, he, she, it, we, they will eat. Thus, there is only one conjugated form (will eat). Spanish still has six conjugated forms, but now so does French. Similar disparities exist in the past tense, and virtually all other verb tenses.

English, of course, does not have this enviable facility; however, compared to many other languages, its irregularities are few and far between. For example, English is perfectly regular in both the present and future tenses.

French and Spanish are highly irregular in both of these tense, as well as many others.

Does the relative simplicity of basic English grammar give it the inside track to becoming the world’s official common language? Absolutely not! Along with its undeniable attributes, it also has a number of significant drawbacks.

The most obvious one is English spelling, which is far from being phonetic. This means the same sound can have several different spellings (here, hear; there, their; break, brake; clean, keen; said, bed; height, kite; who, blue, new, etc.). French, of course, is much worse than English in this respect; however, German, Italian and Spanish are much better. And Swahili is perfect. In this language, if you can say a word, you can spell it. End of story.

The second major drawback is pronunciation. Most people, and certainly those who have yet to master another language, are unaware of how seriously difficult correct pronunciation in their own native language could be for a foreigner.

English, like many other languages, is cursed with a tonic accent. “Tonic accent” simply means that certain syllables are given more stress than others. For example, “difficult” is pronounced “dif*-fi-cult”; the first syllable carries the tonic accent. It could just as easily be pronounced “dif-fi*-cult”, which is what Spanish prefers. Or even “dif-fi-cult*”, which might be the preference in some other language.

If your native language has a tonic accent, you have grown up with it, so you may not fully appreciate what a burden it really is is. However, when you try to learn another language, the difficulty becomes evident.

The tonic accent will not always go where you think it should (based on your language), so you will constantly be mispronouncing. Worse, if you put the tonic accent on the wrong syllable, your interlocutor might not understand what you are trying to say at all.

Are there any languages with no tonic accent? There may be many, but French is the only one I know.

Technically, French does have a tonic accent, but it is very hard to hear it. For example, in English we say “un-i-ver*-si-ty”. In French, this is “un-i-ver-si-té”, with each syllable being given essential the same stress. Likewise with “rest*-au-rant”, which in French is simply “rest-au-rant”. And so on.Thus, you never have to guess where the tonic accent should go, so you can never make a mistake.

As we have seen, based on the Facility Principle (what you don’t have to do is always easier than what you do have to do), English has a lot to recommend it. However, this is only one criterion. In searching for the best common language for the world, the experts will probably come up with many more. How well English would fare against these additional criteria can only be guessed at.

Language learning and the impact of Technology in students

Should English Be Declared the World’s Official Common Language? 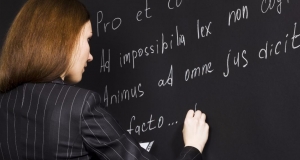