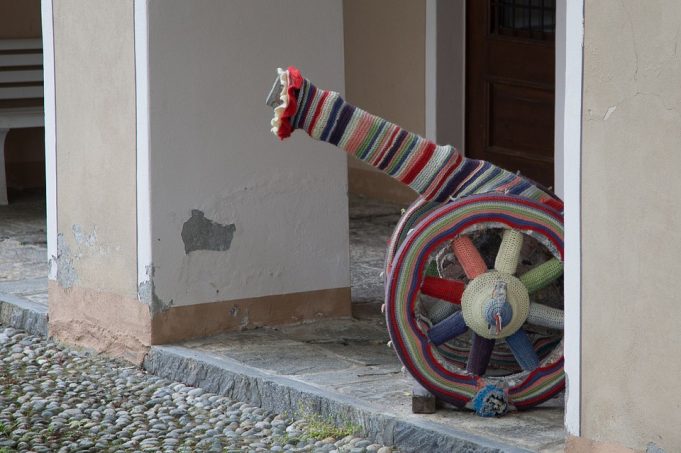 There is some conjecture over the origins of Crochet. Some believe that is was started in the Far East, The Middle East or countries in South America. The reason for this belief is only down to historians believing this to be the case.

After all there doesn’t seem to be any physical evidence of Crochet for example in the form of a Crochet hook. The historians try to explain this away by saying that early forms of Crochet were fashioned using just a bent finger! I’m not sure you could keep that up for any length of time.

Crochet became more popular in 1800 in countries like America and Britain. This was due to the fact that cotton prices were dropping and it was easier to produce crochet products as opposed to their lace counterparts.

Obviously with prices dropping, factory owners looked at other ways to make money and this would result in the crochet workers earning very little. This in turn led some of the workers to a life of prostitution.

In Ireland and France the crochet industry was thriving. Families made and sold products for money, mainly to the more affluent middle class. Unfortunately a crochet product became synonymous with common folk as it was viewed as a cheap cousin compared to lace. However some members of the higher classes bucked this idea. Even Queen Victoria learnt how to crochet.

Now we fast forward to the 1900s where the hooks were now being made of more durable materials and arts and crafts were becoming more main stream. Mothers and daughters would spend their free time designing and making a whole array of crochet items. From blankets to place mats.

Nowadays there exists a whole range of different coloured threads, cottons and hooks to help any would-be crochet expert learn how to do it.

It is generally agreed that the first technique anyone should learn is how to make a pattern row and to be able to perform single stitch crocheting.

1) The equipment you need to start with may consist of:

2) Create a slipped knot on the hook.

4) By passing on the first chain stitch allows the knot to be hooked securely on the knot of the thread. By doing this will hold the thread in place and it will not become loose. The tighter the knot the easier it is to create a chain stitch.

5) Insert the hook in the hole of the next chain stitch and pass the yarn through the centre of the 2nd chain stitch going to the upper part of the hook. You should have created 2 loops on the hook now.

6) Bring the yarn from back to front and slide the knot between the loops.

7) From the second loop create another chain stitch to make an anti clockwise loop. This keeps the hook in the chain stitches and allows you to create rows using the loops from previous rows.

8) You have to create a single crochet stitch in the first loop. Make sure it is tight before moving to the following loop and it is imperative to create the hook on the last stitch or the stitches won’t hold their places.

Your job is nearly finished. Now cut off the excess but make sure you have 6 inches of thread on the last chain stitch. This allows you to slide the hook up to the upper parts of the loops to bring it down to the last loops.

This may seem really hard when you first try, but as they say; practice makes perfect!
About the Author
Have fun with crochet and if you need help learning this skill go to http://www.SimpleWayToCrochet.com for an EBook on how it’s done and receive 6 free vintage patterns when you purchase it.

A Brief History of Crochet

A Beginner Crochet Project is Easy to Do 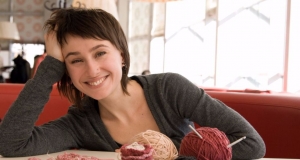