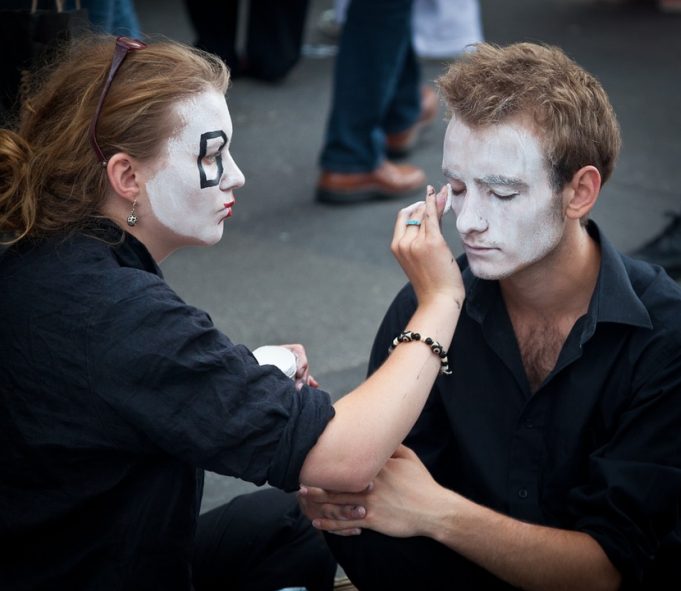 People who choose acting as their career need to be prepared for a tough and highly competitive road ahead of them. Making a name for oneself in this field is not easy at all. Every year, thousands of aspirants enter into this field with some really big dreams, but at the end of the day only a handful few of them are able to even find an entry in this line of business. The number of these entrants who are able to survive in this industry is even less. To be successful in this line of business besides talent one also needs to have the right contacts and also the support of luck. Without luck even the best of actors may not even be able to find a good audition for themselves forget getting a good role or part in some big movie or television. Destiny is something over which one does not have any control, but talent is something that can be worked upon and improved. In this regard acting classes come in very handy.

There are numerous acting classes in NYC and other cities of the world which help budding actors in polishing their skills and developing their personality so that they can have a strong screen presence. There are various techniques and methods of acting and different acting schools in NYC and other cities use different teaching methods. These schools don’t just help students in improving their acting skills but also help them in increasing their confidence through theatre workshops and performing well in various auditions. Two of the most popular techniques of teaching adopted by these schools include the following:

Scene Study Classes
Under this style of teaching, the budding actors are provided a dramatic scene the actors are expected to do a detailed scene study and then perform the scene as per their understanding and interpretation. After the scene has been performed by the actor, feedbacks are given to the actor by the instructors, classmates and other people. Based on these feedbacks, the student is expected to make the necessary changes in his acting skills and scene interpretation style. The best part of this teaching style is that the actors get used to performing as per the wishes of the instructors which comes in handy later on when they have to perform as per the wishes of the directors. The actors are expected to include the teachings of the Meisner style of acting when performing any scene.

Meisner Technique
This acting technique is completely different from the method acting style which was quite popular earlier. Under Meisner acting style, the actors’ training is done in a manner that they become really good with their impulses and reactions. Under this style of acting, the actors are not supposed to act based on some scripted emotions, but they are supposed to react instantly and impulsively to the responses and comments of the fellow actors. Thus the importance is not placed on the inner feelings of the actor himself, but on the reactions and responses of the other actors. This style is based on the fundamental fact that a good actor is one who is able to present to his viewer the most authentic responses to the actions and comments of other actors. To help the actors in opening up this dormant capacity within themselves, they are made to do spontaneous repetitions and key exercises.

The acting classes in NYC are present in various forms. Some of the best acting classes NYC may provide their students with an acting studio facility.

Acting Studios, NY
These studios provide private acting classes for the students. Each student is every aspect of acting, including scene rehearsals, presenting a monologue, facing the camera correctly and other similar nitty-gritties involved in acting. These studios in New York are quite popular since the students are able to get the personal attention of the teachers here.

Preparing For The Auditions
The first step in entering into the entertainment industry is to clear the auditions. This is the reason that almost all of the New York acting studios and actor classes New York hold special acting auditions NYC for their students. The students are taught special actor techniques NY to be able to present their skills well during these auditions. Cold reading and almost all the other aspects involved in NYC acting audition techniques are taught to the students.

The aim of these acting classes is to prepare their students so well, that they can perform to the best of their capabilities even when they are put up on a stage as big as stone street studios.
About the Author
The Alan Gordon offers ongoing classes in the Meisner Technique, scene study/audition technique, monologues, on-camera workshops and private instruction

How a Website can help your career in Acting