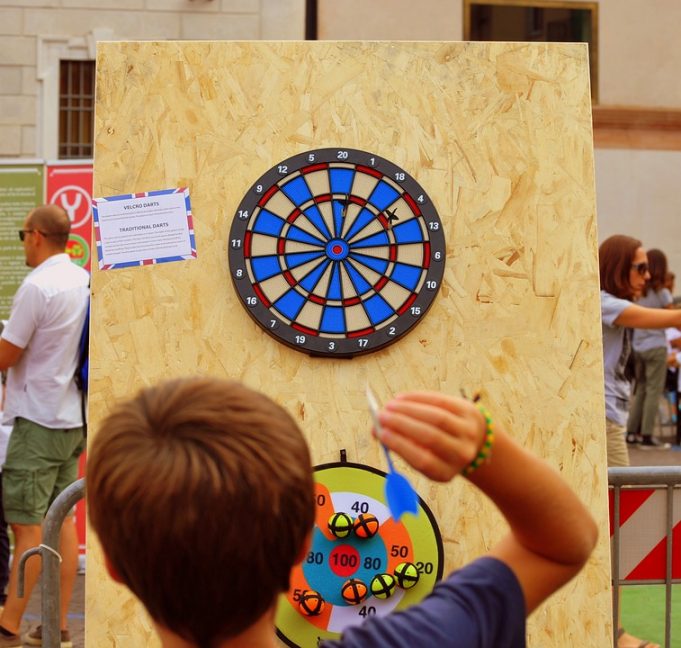 Darts is a standardized game played by majority of people. In this sport, a complete dart set is available in which a dartboard is placed at the wall, and the player has to throw the missiles on that board. On that board 1 to 20 numbers are mentioned in non-sequential order and player has to throw darts on that board. Like any other games, dart sport also has its own set of rules. This game is being played mostly in United Kingdom. In Common wealth games also, darts is being included. Nowadays, Online Darts products are available. Sg darts online contains all the products online at reasonable rates. This sport consists of various equipments like dart barrel, dart shaft, DartCase, dart tip and many others. All these products are available in various colors, size and shapes. Quality products are available in the market. It is the game which can be played in parties also.

During martial arts, for archery training purpose, soldiers used to throw the arrows at a particular point. From this time onwards, dart sport was started, and today it has reached at national levels where we get champions for this sport.

General Rules of this game

1 Players has to keep a distance of at least 96 inches from the dart board, he/she can lean forward accordingly, but without crossing the line.

2 If players are having their own darts which falls under the following criteria, then they can use it freely.

3.Each player gets a chance to throw 3 darts. Darts must be thrown only when the machine indicates to throw it. All the 3 darts can also be thrown back to back

4. Not necessary that all the 3 darts has to be played at once.

5. Once dart is being passed and if suppose it fails to touch the desired point then, you won’t be able to throw that dart again. But if in-case, the dart touches the board and falls down, then the same can be used again.

6. Darts on the board are not to be touched unless all the players have played. At the end, the opposing team captain will remove all the darts from the board and then they can start the game.

Following are the tips to be remembered while playing darts

1.A person should be relaxed, stable, firm and should not give much pressure on fingers. Here grip play an important role.

2.Finger coordination is important in this game, so 3 fingers is the better option, not more than that

3.While taking position, a player should always keep his/her right foot forward. This will keep your physical balance properly.

World Championships or tournaments are also arranged in various parts of the world. Below is a list of upcoming matches to be held in July:

Overall, we can say that dart is the game that requires lot of practice and patience. You have to understand your weakness. You have to learn how to control your grip, how to maintain balance of your posture. By self analyzing, you can become a champion in this game.
About the Author
For high quality darts, darts Singapore is the excellent and reasonable shop which contains a complete set of darts sport. Dart shaft of various size and colors are available. Monster darts Singapore is available at reasonable price . Singapore darts shop has all the darts products in stock and provide shipping all over Singapore.

How to Hit the Bull’s-Eye with Darts

Key points to be remembered while playing darts 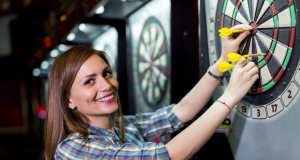