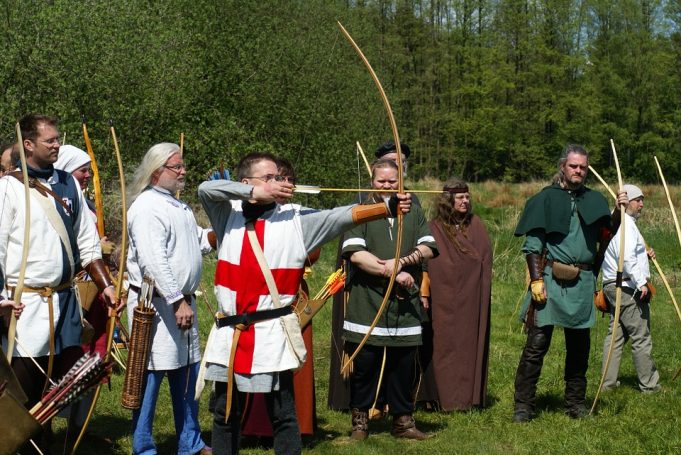 The origin of archery goes back thousands upon thousands of years. As time went on, recent findings show feathers attached to arrows, the shafts of arrows and the bows themselves, still at least over 10,000 years old. Bows and arrows were originally used primarily for hunting purposes but as time passed they had become a deadly and dominating force in battles.

Archery was practiced in many different emerging civilizations. Notably, the ancient Egyptians were known to have practiced archery for both hunting and battle. The Egyptians widely practiced archery dating back over five thousand years. The Egyptians were also believed to be one of the first known people to have created composite bows, although it is now believed that they came upon this technology through the nomadic tribes who used the bows while on horseback.

Using bows on horseback would become a powerful military tactic. The Huns, led by Attila, famously used archers on horseback to run rampant through the Roman armies who were themselves lacking archers. This is despite the point that Alexander the Great had at other times used archers to success and well known mythological characters such as Odysseus were believe to have used a bow.

Other cultures and armies throughout the east also used archery, including the Chinese, the Japanese, the Indians and the Persians. Some of the famous Terracotta soldiers are archers. Additionally, the Native American tribes were also very proficient in archery and used bows and arrows both for hunting and battles.

While archery remained a powerful tool in eastern cultures, during the Middle Ages in Western Europe, archery was not as popular as is often described. At least not at first, in the beginning of the Middle Ages when archery as a tool for warfare was downgraded and viewed as low class or insignificant. Archers were however inexpensive to train and put into a battle group, because of the relatively inexpensive cost of the weaponry and the lack of armor necessary for the archers at the rear of the battlefield.

One of the turning points in this view was the development of the English longbow which wrecked havoc upon the French military at the Battle of Agincourt. The crossbow, which has been known to have existed for at least 2,500 years, was used as well in Medieval warfare as well as by the Eastern cultures, specifically and most prevalently, the Chinese. The crossbow was more forceful and was superior for shorter ranges, while the longbow provided a huge advantage in the distance you could strike with.

As archery became a strong military weapon, the art of archery was also practiced and celebrated in Medieval culture. However, by the time the Middle Ages ended, the need for archery clearly fell off. This is due of course to the development and implementation of gun powder and more advanced and powerful weaponry.

Today, archery is an Olympic sport still practiced by many people. Additionally, many people who hunt choose to use bows and arrows as a way to practice a more natural and fair hunt, as opposed to the super weaponry that is available so easily.

Archery is a skill not mastered by many. It takes precision, steadiness, and focus. Whether it’s out in the woods stalking deer or on the field taking aim at a target, archery, for all it’s advancements, is still primitive in nature and there’s something alluring about that.

Add on top of that the invention of the compound bow and you have a great arsenal of weaponry to choose from. Many cultures used compound bows for hunting as well as competition as the years went by.

About the Author
If you’re looking for new or used compound bows, then visit Precision Compound Bows where you’ll find the best compound bows, videos, and more.

Archery Equipment – Why You Should Learn Archery

History of Archery Through The Years

7 Steps to Help You Choose Your Archery Equipment 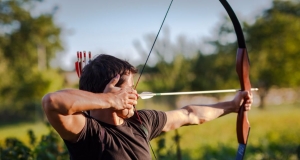